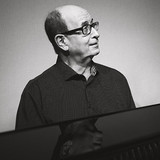 Antonio Adolfo grew up in a musical family in Rio de Janeiro (his mother was a violinist in the Brazilian Symphony Orchestra), and began his studies at the age of seven. At seventeen he was already a professional musician. His teachers include Eumir Deodato and the great Nadia Boulanger, in Paris. During the 60's he led his own trio and toured in Brazil and abroad. Among other compositions, Adolfo wrote the song “Pretty World” (Sá Marina), which had gained great success and had been recorded by such artists as Sérgio Mendes, Stevie Wonder, Herb Alpert and Earl Klugh. His most recent CD releases, O Piano de Antonio Adolfo (2014), Rio Choro Jazz (2014), Tema (2015), and Tropical Infinito (2016) have had four consecutive nominations for the Latin Grammy, both as Best Latin Jazz and/or Best Instrumental albums. His CD, Hybrido – From Rio to Wayne Shorter, released on April 2017 was nominated as Best Latin Jazz album on both, 2017 Latin Grammy and 2018 Grammy.

His 2018 CD, Encontros - Orquestra Atlantica and has been for more than 4 months on JazzWeek most played albums. More info about AA on the websites: www.antonioadolfomusic.com