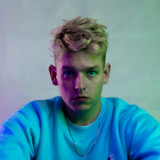 Jack Errington is an Australian artist whose electro pop style has landed him #40 on iTunes’ Pop Charts with his first debut “Pull Me Closer. He charted again on both the all genre Top 200 Charts and iTunes Pop Charts with “Losing Control” which was released with his first album “Mind Games”. Jack has extensive experience with performing on stage by touring internationally with Wish FM Bus and nationally with Australian Powerhouse Group Justice Crew. In 2017, Jack joined a male artist group on Australia’s X-Factor which gained popularity before heading into a solo position. With his diligent behaviour on stage and in the studio he has been able to amass a steadily rising fan base from all reaches of the world. This year Jack has continued to exercise his talent with his up-coming 6 track EP release which sticks to his electronic pop sound with a contemporary R&B influence.