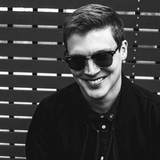 It’s been said many times that Beat Boxer Tom Thum appears to have not only a symphony orchestra but also a jazz band, techno DJ, 80’s synth pop group and collection of exotic world instruments all residing somewhere in his throat. The fact all too apparent on his latest offering, a sublime, all vocal cover of Rag'n'Bone Man's Human, featuring Ruel. Propelled to Internet stardom with his 2013 TEDx performance at the Sydney Opera House, Tom’s 15 minute showcase quickly became the highest viewed TEDx video of all time with over 59+ million views and counting. Now recognised worldwide for his obscure talent to warp and manipulate his vocal chords, Tom Thum provides confirmation to his audience that there is no sound he cannot mimic to perfection. Tom’s unique abilities have seen him perform to sold out crowds all over the world and his recent ‘Thum Prints’ collaboration with Gordon Hamilton & the Queensland Symphony Orchestra has put him in a league of his own. With his vocal talents being sought out by Disney, Audi & DAB+ (to name a few), Tom has proven that his sound is truly world class and transcends expectations. ʻTom Thum appears to have swallowed an entire orchestra and several backing singersʼ - The Guardian (UK) ʻThere are not enough superlatives to describe the wonder of this beatboxing virtuosoʼ - The Daily Telegraph (UK)