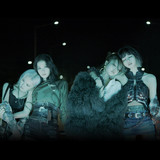 BLACKPINK, YG Entertainment’s 4-member Korean female group consisting of JISOO, JENNIE, ROSÉ, and LISA, released their debut album [SQUARE ONE] in August 2016. Soon after [SQUARE TWO] and [AS IF IT’S YOUR LAST] were released and dominated the music charts which drew great attention. In June 2018, they released their 1st Mini Album [SQUARE UP] and their title song ‘뚜두뚜두 (DDU-DU DDU- DU)’ M/V broke many records and was acknowledged as the first K-Pop group to earn 1 Billion views on YouTube. In April 2019, with their successful release of their 2nd Mini Album [KILL THIS LOVE], they’ve become the first K-Pop girl group to perform at the Coachella Music Festival, while wrapping up their 2019 World Tour [IN YOUR AREA] held across 23 cities of 4 continents. Ahead of their first studio album [THE ALBUM], BLACKPINK dropped two pre-release singles; the record- smashing hit [How You Like That] in June and [Ice Cream (with Selena Gomez)] in August, which debuted at No.13 on the Billboard Hot 100 chart. Along with this immense worldwide recognition, [THE ALBUM] released this October surpassed 1 million pre-orders, the first K-Pop girl group to reach this milestone. With their global partnership with Universal Music Group (UMG) and Interscope Records, BLACKPINK will continue to share their music worldwide.