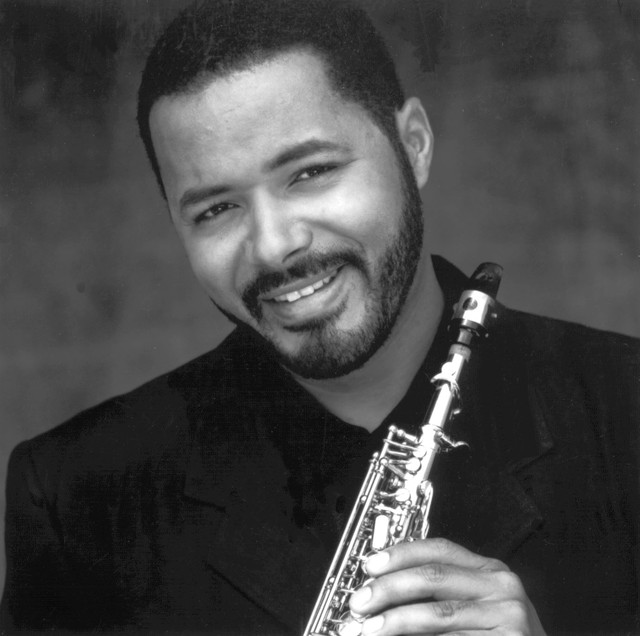 An acclaimed saxophonist and flute player, Najee is one of the most successful and recognizable crossover jazz and R&B performers of his generation. Known for his warm, lyrical sound, he built upon the tradition of predecessors like Grover Washington, Jr., Ronnie Laws, and Stanley Turrentine. Following his initial breakthrough with 1986's Grammy-nominated Najee's Theme, Najee rose to widespread prominence with a series of Top Five-charting contemporary jazz albums, including 1990's Tokyo Blue, 1994's Share My World, and 2005's My Point of View. He has worked alongside such luminaries as Prince, Chaka Khan, Stanley Clarke, and others. The winner of two NAACP Awards, including for 2013's The Morning After: A Musical Journey, Najee celebrated his 30th year as a recording artist with 2017's Poetry in Motion. Born Jerome Najee Rasheed in 1957 in New York's Greenwich Village, Najee was raised in Jamaica, Queens where he started out on the clarinet at age eight. By his teens he had switched to the saxophone, inspired by his burgeoning interest in jazz, especially artists like John Coltrane, Joe Henderson, and Grover Washington, Jr., as well as Ronnie and Hubert Laws. Along with playing in school, he was a member of Dr. Billy Taylor's Jazzmobile program, studying with Frank Foster, Jimmy Heath, and Ernie Wilkins. He also honed his flute skills at the Manhattan School of Music's Preparatory Division where he took private lessons with New York Philharmonic Orchestra flautist Harold Jones. After high school, he spent two years touring with the band Area Code, performing at military bases as part of the USO. He then joined vocalist Ben E. King's backing ensemble during the summer of 1978. Coming off the road, he briefly attended New York's Bronx Community College before enrolling as a performance and composition major at Boston's New England Conservatory of Music, where he studied alongside his brother, guitarist/producer Fareed Rasheed. However, restless to perform, the brothers eventually left school and hit the road touring with singer Chaka Kahn. As a solo artist, Najee launched his career with 1986's Najee's Theme, which hit number one on Billboard's Contemporary Jazz Albums chart. The effort found him embracing the sound of the soprano sax, an instrument well-suited to his distinctive blend of soulful jazz and R&B. Audiences responded and the album earned a Grammy nomination for Best Instrumental R&B Performance. That same year he also joined singer Freddie Jackson on tour and returned to his solo work in 1988 with Day by Day. Najee's brother, Fareed produced his third album, 1990's Tokyo Blue. Well-received, it landed on top of the contemporary jazz charts, achieved gold status, and picked up a Soul Train Award for Best Jazz Album. Najee's fourth album, Just an Illusion, arrived in 1992 and peaked at number five on the contemporary jazz chart. Two years later, he issued the number two-charting Share My World. Also in 1994, he joined Stanley Clarke for the bassist's all-star concert album Live at the Greek, playing alongside Billy Cobham, Deron Johnson, and Larry Carlton. A year later, he paid homage to longtime idol Stevie Wonder with the George Duke-produced Songs from the Key of Life, which featured guest spots from Sheila E., Herbie Hancock, and others. Morning Tenderness appeared in 1998 and landed at number one on the contemporary jazz chart, paving the way for his first best-of collection. Also during the late '90s, Najee toured for the USO and performed at Nelson Mandela's birthday celebration in South Africa. From 2001 to 2003, Najee toured with Prince, appearing on several of the pop icon's albums. In 2003, he released his eighth studio album, Embrace, which featured guest appearances by Roy Ayers and BeBe Winans. My Point of View arrived in 2005 and debuted at number one on Billboard's Contemporary Jazz Albums chart. The following year, the saxophonist was bestowed an NAACP Image Award for Best Jazz Artist. On 2007's Rising Sun, Najee featured singer Phil Perry, and in 2009 he issued Mind Over Matter, which included a song with singer Eric Benét. In 2012, Najee signed with the Shanachie label and released The Smooth Side of Soul, which again found him working with singer Perry, as well as keyboardist Jeff Lorber. He stuck with Shanachie for several more outings, including the number one charting The Morning After: A Musical Journey (which also earned him a NAACP Image Award Nomination for Outstanding Jazz Album), 2015's You, Me and Forever, and 2017's Poetry in Motion, the latter of which marked his 30th year as a recording artist. In 2019, he released his 16th studio album, Center of the Heart, which included a collaboration with singer Kenny Lattimore. ~ Matt Collar, Rovi