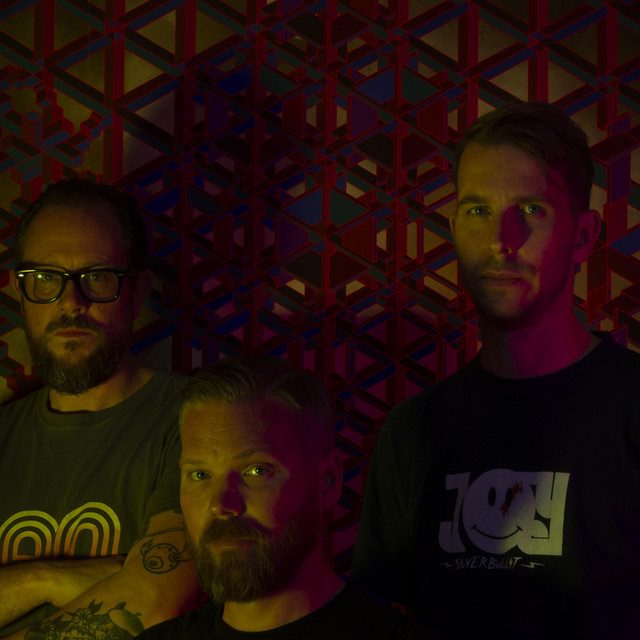 Bassist/singer Martin Wegeland, guitarist Martin Widholm and drummer Anders Dahlgren came together in Stockholm, bonding over the likes of Spacemen 3, Monster Magnet, Sleep and Hawkwind, plus a fascination with trudging, 10-minute epics. The band drew from the heaviest of their combined influences to craft a sound that blended towering dirges, mindbending psychedelia and hypnotic minimalism, embodied on their monolithic self-released debut EP in 2015. Full-length The End of Electricity arrived on Magnetic Eye Records in 2016, leading to festival appearances at Desertfest and Psycho Las Vegas. Sophomore LP Flood landed in October 2018, earning an 8/10 from Metal Hammer, 8.5/10 from Rock Hard, and 8/10 from Deaf Forever. 2019 saw the release of the 3-song Slow Fidelity EP, which included a 13-minute epic with guest vocals from Lea of Besvarjelsen, Marty of Slomatics and the legendary Mark Lanegan. Domkraft has performed at Desertfests Belgium and Berlin, Blow Up in Helsinki, Northern Discomfort in Copenhagen, Psycho Las Vegas, Hostsabbat in Oslo, Fall of Man in Munich, Sonic Whip in Nijmegen and closed out the 2019 Sonic Blast Moledo. Domkraft’s third album Seeds (2021) finds a band whose previous records favored apocalyptic themes focusing on the idea of emerging from the ashes and starting anew, of building something different and better beyond the apocalypse.