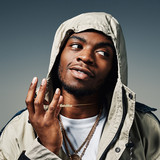 2019 marks a coming of age moment for singer-rapper Not3s. Turning 21 for most marks a definitive step into adulthood, a watershed moment where we begin to realise our many aims and ambitions in life –or so we all think. However, having sat down with Not3s just a few weeks before his 21st birthday, and listening to his story and aspirations, it was difficult not to believe his ambitions were going to be realised and even more likely surpassed.   Stepping into 2019 Not3s acknowledges he is still “evolving and learning”. Entering into the music industry as a bright-eyed Manor House native of Nigerian heritage, it was not long before Not3s and his musical style was boxed into the indefinable sound commonly referred to as AfroBashment, AfroSwing or Urban pop. While the sounds of his Nigerian heritage were audible in his music, a melodic pop sensibility was also evident, as well as an ability to depict the gritty London landscape on tracks such as ‘YRF’ with Fredo.“With us, they want to call us ‘grime star Not3s’ or whatever. But when you say Ed Sheeran or Anne-Marie, you don’t use a label before them”he told The Guardian for his cover feature at the end of last year, discussing instead how he and others were spearheading new “British pop”. He argued there was no need for genre classification in a time when music’s fluidity can be heard across the world, and artists now had the ability to forge their own lanes and sounds.