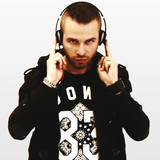 Gianfranco Comis, also known by his pseudonyms Dj Power, Comis, Johnny Maker (born Catania, June 13 1987), is an Italian dj / producer / songwriter / singer. Animated by an intense and genuine passion for music, at the age of 10 years began to compose and write his first songs, and at only 13 years old, started his work as a Disc Jockey. Characterized by its musical eclecticism, he devoted himself to the production of various genres like Dance, House, Pop, EDM. Since 2006, its productions are published by several important music labels and included in numerous compilations throughout Europe with artists such as Tiësto, Cascada, R.I.O, Bob Sinclar, Pitbull, Dj Antoine, Michel Teló, Mike Candys, Martin Solveig, Alexandra Burke, Afrojack, Serebro, Klingande, Mr. Probz, Armin Van Buuren and many more… His music goes around the world and is increasingly accepted with enthusiasm by an international audience. In 2007 he founded the “Energy Music Studio”, an audio production studio and his two independent digital record labels “Karika Records” and “Hitloop Records”. From 2012 till 2017 he worked as Radio Jockey and Radio Host in the most famous Sicilian broadcast “Allakatalla”, in collaboration with Giuseppe Castiglia (Sicilian comedian and Radio Host). In 2015 he was awarded as best dj/producer at the Best Sicilian Dj Awards 2015. His songs are also available on newsstands throughout Italy in different magazines and for sale at major web portals such as iTunes, Beatport, Juno.