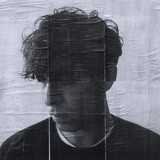 The one-man project of Luis Vasquez, the Soft Moon gives the darkly hypnotic sounds of Suicide, Joy Division, Bauhaus, and Krautrock new life with a stripped-down approach. Vasquez is also inspired by his Afro-Cuban heritage and the wide-open spaces of the Mojave Desert where he was raised. While working in San Francisco, Vasquez released his first single, Breathe the Fire, on Captured Tracks in March 2010. That September, Parallels followed, and the Soft Moon's self-titled debut album appeared in November. Darker still was the Total Decay EP, which arrived in late October 2011. Vasquez continued to write songs while on the road, and enlisted the help of engineer/producer Monte Vallier to turn them into the streamlined tracks that appeared on 2012's Zeros. After touring in support of the album, Vasquez moved to Venice, Italy, using the solitude and his status as a foreigner as inspiration for a set of songs that explored despair and healing. Working with producer Maurizio Baggio at Hate Studios, Vasquez honed his singing and songwriting to produce 2015's Deeper, the Soft Moon's most emotional album yet. A pair of remix EPs featuring work by Ancient Methods, Trentemøller, and Blush Response arrived early the following year. For the Soft Moon's third album, Criminal, Vasquez reunited with Baggio and built on the confessional territory of Deeper as he explored his abusive childhood and its aftermath. Sacred Bones released the album in 2018. ~ Heather Phares, Rovi