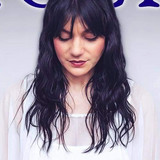 Kipani is an artist currently living in Upstate NY. Growing up in a small town, she was encouraged at an early age to take up the piano. She hated it. After years of coerced lessons, she decided to take a hiatus from her classical background. Although she continued to pursue her passion for music through other various avenues, nothing ever seemed to fit. It wasn’t until later that her rekindled relationship with her former ivory nemesis would effortlessly combine with her love of Indie Pop, thus igniting the spark that had previously been missing. Her popular single

"Above" marked her acceptance into the indie pop community. She released her first EP, "Take a Minute", in June 2020. It is a project exposing vulnerability, personal struggles, and insecurity, all meticulously masked with an upbeat pop edge.