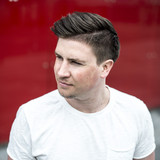 Stian Madsgård otherwise known as STISEMA is a Norwegian producer best known for his single ‘Stay The Night (Oh My Oh My)’. At age 15, he developed a taste for house music which swiftly resulted in him becoming a DJ. In 2015 he took up producing and one year later in 2016, he released his debut track ‘Hold On’, which came in at the #1 position on Norway's viral Spotify chart. Since then STISEMA hasn't stopped climbing. STISEMA’s relentless pursuit to perfect his craft has helped him to produce original tracks, official remixes and unofficial bootlegs,all of which have earned him global recognition. His music has graced the stages of some of the world's most renowned festivals such as Tomorrowland & EXIT. He has had nationwide tours around Norway, headlined festivals all over Europe, all the while, performing alongside the likes of Tiësto, Lost Frequencies and Alan Walker. His music is oftentimes characterised by the seamless combination of deep house elements with the joyous energy of slightly more uptempo melodic house. Drawing his inspirations from artists such as Sigala, Sam Feldt and Throttle; STISEMA is constantly challenging the status quo. In doing so, he is always looking to better himself and push his musical boundaries whilst following one simple rule: keep the good vibes. With a career spanning just over a decade, STISEMA has slowly but surely been solidifying his position in the EDM scene, and is on route to becoming a household name.