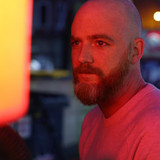 Muneshine was the hip hop project of Canadian songwriter, producer and performer Rob Bakker.   Active for 15 years (2001-2016), Muneshine released a number of albums, singles and collaborations with artists such as: Pete Rock, Buckwild, Sean Price, DJ Spinna, The Herbaliser, D-Sisive and many more. He toured extensively in North America and Europe, and received critical acclaim and nods from many Canadian music industry institutions, such as: The Juno Awards, Polaris Prize, the East Coast Music Awards, the MMVA’s and winning the SOCAN Echo Songwriting Award (with D-Sisive).   Following the release of Muneshine’s “In Transit” album in 2014, he began to venture away from hip hop in a need of a new creative challenge. He began exploring more electronic sounds, as shown on his releases, “Sunshine” and “Full Throttle”.   In 2018, the Muneshine project was unofficially “retired” to make room for Bakker’s new project - NICOLAAS.