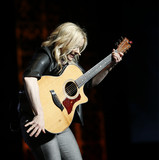 Camille Nelson is a guitarist and violinist specializing in acoustic-driven folk music. She has been in the music industry for over 8 years, releasing her debut album, First Words with Dimmi Records in 2009. She recently signed with Stone Angel Music and just released her second studio album, Lead Me Home on August 18, 2017. Blending elements of folk, classical, bluegrass and new age music, Lead Me Home features relaxed, intricate acoustic guitar melodies of both traditional and original hymns accompanied by a string ensemble with guest artists, Steven Sharp Nelson of The Piano Guys, Alex Sharpe (formerly of The Celtic Woman) and Ryan Shupe of Ryan Shupe and the Rubberband. Camille worked with Executive Producer Paul Cardall to create this album as well as producer Trevor Price. Camille creates fresh and kinetic melodies combined with unique guitar percussion. These compositions convey elaborate and heartfelt stories using the entirety of her instrument. Born and raised in Salt Lake City, Camille is the youngest of six talented and musically inclined siblings. Her father was a violist, and her mother was an opera singer – both heavily influencing Camille’s pursuit and interest in music and performance. In addition to family, Camille draws inspiration from her travels abroad. Camille currently teaches graduate courses in management, communication and leadership while pursuing her career in music with hopes of motivating and moving others through the power of song.