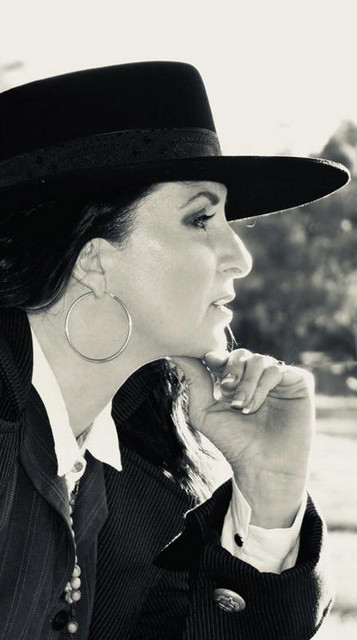 Jayne Denham is one of Australia's most admired and sought after country rock performers. Her impressive and relentlessly energetic live shows has earned her performance’s at Australian country music festivals including CMC Rocks, Deni Ute Muster, Gympie Music Muster. Jayne is also known for songs that resonate with the trucking community. The singer- songwriter is passionate about raising the profile of the transport industry. Denham is taking this passion to new heights as an ambassador for Women In Trucking in the USA & has been invited to perform at some of the biggest Truck shows in the world throughout America over the past 3 years.   Her latest album features a mix of country rock party anthems with songs such as title track Calamity, Stacks, and Highway Rock Star, along with emotional ballads including Fear of Flying and Denham’s latest single Black Coffee & White Lines, which was recently released at the Great American Trucking Show in Dallas, TX.   With her ability to tell a story that captures the imagination through her songs, Denham has scored four #1 smash hits in Australia, six Top 10 songs in the National Country Charts, 12 videos that have reached the Top 30, including a number 1 placement for Hung Up on You, which garnered a million streams within 6 months of release. Jayne has also been nominated for 6 Country Music Channel (CMC) and two CMAA Golden Guitar Award finalist placing