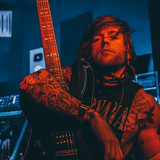 Since the beginning, NEFFEX has sought to inspire people. This vision and a relentless work ethic fueled an incredible run of releasing 100 original songs in 100 weeks and cultivating a sound as unique as the massive audience built. In February 2017 the real work began with the release of a song a week on Wednesdays at 9am PST. The unique, copyright-free music approach, and rapidly growing cross-genre catalogue caught the attention of thousands of content creators across the web. With Youtube as the cornerstone for growth and exposure, NEFFEX continues to consistently ascend on streaming platforms and permeate across the internet. Highlights include hit singles “Rumors” and “Fight Back,” each with 200+ million streams to date, features on Billboard and Forbes, syncs on ESPN and Fox Sports, and a sold out European Tour.

Following the release of debut album “New Beginnings” in 2020, NEFFEX hit the ground running in 2021 with a record release as single “Are You Ok” clocked 2+ million streams in Week 1.