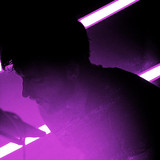 DreamReaper is the cyberfunk project of Portland-based electronic musician Troy Dierke. His music combines the dark sounds of cyberpunk with unique funk elements to create the vibe of a futuristic dystopian disco. Each DreamReaper track is a high energy thrill ride complete with heavy, distorted bass grooves, resulting in a dark, yet danceable sound that is instantly recognizable and impossible to sit still to. His debut album Liminality has recently seen reissue treatment from the prominent retro synth label FiXT Neon. The release has been completely remastered by the artist and expanded with two additional tracks from the original sessions, as well as wrapped up in brand new artwork by the talented Matt Mills. The original release of the album topped several charts on the independent music site Bandcamp as well as received glowing reviews from new and long-time fans. Now listeners old and new alike get to experience the album enhanced to sound and look better than ever before. In addition, DreamReaper has become well known for his remixes, where he transforms tracks into something totally unlike the original. Examples include turning the night drive soundscape of Essenger’s After Dark into groovy mid-tempo [After Dark (DreamReaper Remix)] and flipping the dirty electro of Lazerpunk’s Black Lambo into an intergalactic funk banger [Black Lambo - DreamReaper Remix].