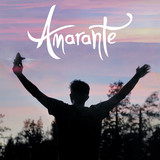 Amarante is Indie, Folk, Alternative; a singer/songwriter (Josh Hewitt) from the Los Angeles / Riverside area in California who records his music from inside his bedroom. As one fan best put it, Amarante is full of indescribable emotions. These emotions can be heard in one particular song Don't Look Back (Udana Prana - 2013) that was featured in a viral YouTube video that made headlines on every major news outlet all over the world.   In the Fall of 2019, Amarante released their 7th album The Other Side (Indie Drop Records) in over 3 years. This is also the first release from Amarante that is available on Vinyl record via http://www.amarantemusic.com.. Our newest album The Other Side is out NOW: http://smarturl.it/AmaranteTheOtherSide   On May 4th, 2020, Amarante released a 4-song EP of songs that were never finished which is now up here on Spotify.