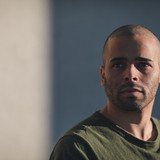 British DJ and producer Braxton kick-started the new decade with a hallowed spot on the Anjunadeep Vol.11 compilation. He swiftly followed up with the Clockwork EP on Colorize, and breakbeat favourite Chiaroscuro/Torn as a double A-side on Anjunadeep.  In 2021, his momentum continues to build with the release of Indigo – his first EP for Anjunadeep, and a collaborative remix of ‘My Stripes’ with Marsh. The future holds releases with Lauren L’aimant and a remix for Above & Beyond, as well as joining the re-launch of Trickstar Radio alongside the likes of Sasha, Beatport & Traxsource. Braxton is no stranger to the club circuit with performances at The Nest, Fabric and The Arch, and he’ll announce details of a UK club residency soon!  His official remixes include work for GRADES, RÜFÜS DU SOL,Tourist and Matt Fax feat. RBBTS, and his music has been supported by everyone from Cristoph, Yotto, John Monkman and Lane 8, to Above & Beyond’s Group Therapy Radio, Icarus, BBC Radio 1’s Chillest Show and Jaguar on BBC Introducing Dance.