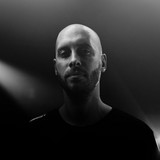 A DJ, producer and radio host, Maxim Lany has become synonymous with the one-of-a-kind, larger-than-life sound he’s been championing in his DJ sets and productions. Having burst onto the scene with his 2019 breakthrough hit, ‘Renaissance’, Lany cemented his studio credibility with follow-up releases like ‘People Of The Night’, ‘Coming’ and ‘Closer’. 2021 saw the release of his debut album ‘Closer, You’re Not Alone’ via Armada, which explores Lany’s songwriting and genre experimentation pursuits. Productions aside, Lany has played Tomorrowland, Extrema Outdoor, WeCanDance, World Club Dome, Kompass and Fuse Brussels, and he has done memorable livestreams from the tarmac of the Brussels Airport and the historic Tower in Ghent.