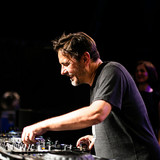 Laurent Garnier has been making the planet dance for 30 years. One of the pioneering DJs of the dance music scene, he experienced first-hand the euphoria of the acid-house movement in Manchester. He then went on to Wake Up and shake up Paris nightlife, from La Luna to the Palace, not forgetting the Rex Club. As one of the leading lights in French dance music, he spread his message across the planet, from raves to warehouse parties, clubs to festivals. He is a multi-faceted artist whose impact on the music scene is far-reaching. But above all he is a DJ, a true DJ: transformed by music, passionate about the crowd. Bodies move in a trance on the dance floor, minds elsewhere. Yet he is also an explorer of old and new sounds and has an amazingly rich musical culture. He spends most of his spare time sifting through old vinyl in record shops,

checking the music blogs, following the most obscure leads on the internet and listening to every single piece of music he is sent. Music, the pulse of our planet, is his Holy Grail.