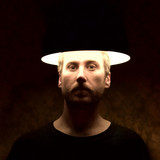 Butternut Sweetheart is the musical project of Sydney based multi-instrumentalist and producer Luke Moseley. Inspired by difficult to define artists such as Unknown Mortal Orchestra, Tune-Yards, and Melody's Echo Chamber, Butternut Sweetheart songs are a warping mélange of electronic and organic production and the centrepiece of this project. New single "If The World Wasn’t Round" is a primal scream, a catharsis, a release. As described by Moseley below: “'If the World Wasn't Round' started as a song mourning the coldness of a dear friend and ended up as a scramble to find a path back to reality. Though I'm happy to be leaving that world, I can't say it was all bad; cows dressed as tigers, photo developing, and floating with the tide aren't the most unpleasant sentiments. Being confined meant there wasn't much room for collaboration, but the multiple (Luke) personalities left no shortage of inspiration. It is also my first time completely producing and engineering a track, as well as directing and shooting a film clip. Now that I'm emerging from my confine, this song feels like an ode to the world I've left behind and a raised glass to reality, whatever it looks like.” - Luke Moseley / Butternut Sweetheart As the lead track from his forthcoming second EP, “If The World Wasn’t Round” sets the tone for the next phase of Butternut Sweetheart’s journey. Whatever happens, it is going to be an unpredictable exploration of sounds that are utterly arresting.