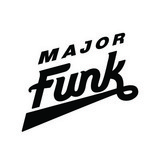 A unique brand of Yukon Funk. High energy bass-led grooves, soaring vocals, and a tight horn section; this isn’t what you’d expect from a band coming from the Yukon in Canada’s North, but it’s exactly what you get with Whitehorse’s Major Funk. It’s also a great formula to get a crowd moving, and they’ve got this down to a science. Several years of research and development in the studio and on the road has refined the band’s sound into something familiar but fresh, epic but accessible, and dangerously infectious. Most importantly, however, it’s a ton of fun, and it makes you want to dance. It’s all on display on their forthcoming debut full length effort, “Is That You?” (March 2021): a groove-heavy genuinely good time that will stay with you long after the last note. "Make no mistake, Major Funk is a big band with a big sound and big plans." -Ken Bolton (What's Up Yukon) "Probably the most danceable band I can think