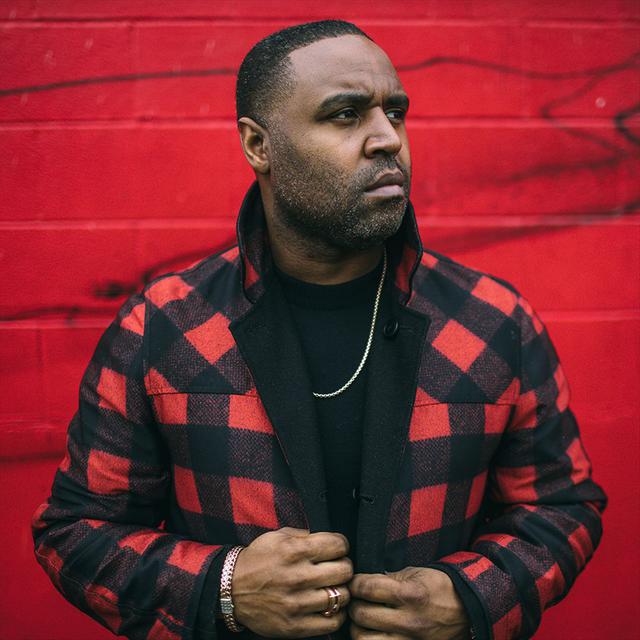 Drummer Kendrick Scott is a technically proficient and intuitive modern jazz drummer, composer, arranger, and bandleader with a bent toward expansive post-bop. Steeped in the lineage of Roy Haynes, Tony Williams, and Elvin Jones, he is best known as the leader of the Kendrick Scott Oracle, and has also toured and recorded with a host of jazz all-stars including Terence Blanchard, Herbie Hancock, the Crusaders, Kenny Garrett, Gary Burton, Roy Hargrove, Pat Metheny, and many others. His playing style is at once imaginative, lyrical, and versatile. As a bandleader, he arrived in 2007 with the Oracle's The Source, issued by his own World Culture Music label, and he's garnered an abundance of attention for his canny senses of swing and groove. Since then, he has recorded under his own name with his longstanding Oracle band that includes pianist Taylor Eigsti, reed and woodwind ace John Ellis, guitarist Mike Moreno, and bassist Joe Sanders. Scott's Blue Note debut, 2015's We Are the Drum, was produced by the Robert Glasper Experiment's Derrick Hodge; it made most jazz critics' best-of lists for the year. Born in Houston, Texas in 1980, Scott grew up in a musical family who encouraged his interest in drumming from a young age. A member of his church and junior high school music ensembles, Scott eventually attended a performing arts high school and later the Berklee College of Music in Boston. Since graduating from Berklee in 2003, he has performed with a variety of name artists including the Jazz Crusaders, guitarist Pat Metheny, saxophonists Joe Lovano and Kenny Garrett, vocalist Dianne Reeves, and trumpeter Terence Blanchard. He released his debut album with his Oracle group on World Culture Music in 2006. In 2007 he performed on Blanchard's landmark score for director Spike Lee's A Tale of God's Will (A Requiem for Katrina), and continued to work with vocalist Gretchen Parlato. Scott signed to Concord in 2012 and Conviction, his sophomore effort with Oracle, appeared on the label in March of 2013. It was produced by Derrick Hodge of the Robert Glasper Experiment. In 2015 he returned with his third album with Oracle, We Are the Drum, which included an appearance by vocalist Lizz Wright. Four years and many tours later, the drummer returned with his sophomore Blue Note date, A Wall Becomes A Bridge, a 12-song cycle about overcoming obstacles and personal responsibility. Again produced by Hodge, the set featured turntablist Jahi Sundance as a sixth member of the Kendrick Scott Oracle and was released in early April of 2019. ~ Matt Collar, Rovi