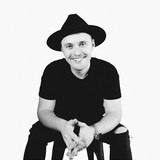 Joel William Harrison is a talented, honest singer-songwriter from regional Australia who uses the process of creating music as a powerful means of catharsis. “It’s like therapy – a way for me to work through those thoughts, whether they’re good, bad or somewhere in between, that I just can’t seem to shake. They seem to niggle away until the track is finished. It could take a day, a week or longer but until it’s done, it’s as though my subconscious keeps working away in the background.” For Joel, it’s not about his sound as much as it is about how his music resonates. “People are always trying to pigeonhole artists but I don’t ascribe to that. If I had to, I’d describe my sound as a blend of pop, folk and country – or Pofoco, as I call it – but all I’m really trying to do is make music that soundtracks my life and other people’s lives. Don’t get me wrong, accolades and awards would be nice but creating something that has a positive impact on the life of someone I’ve never met is ultimately what I strive for.” “It’s a constant evolution for me – my voice, my guitar, my message and my craft,” Joel says. “I’ve been through a lot personally over the last few years and music hasn’t always been able to take the front seat. But now it’s driving and I think people are really going to resonate with the music that’s come from all those highs and lows.”