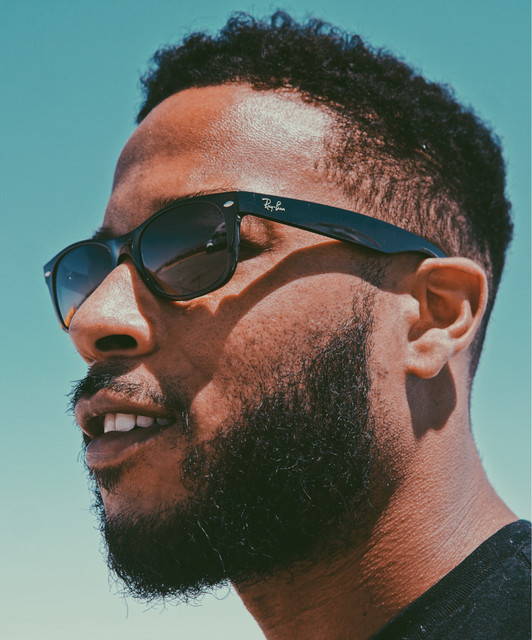 Marc Haynes Jr. also known by his stage name Marc Haize is a recording artist, music producer and actor with aspirations to "inspire through art for people to have faith in themselves, live to their fullest potential, and to love fearlessly." Marc was born in Detroit, MI but grew up with sort of a nomadic lifestyle and would often write because he had no one to talk to after moving so much. He began by writing raps and poems while attending middle school in Okinawa, Japan to impress the girls. Marc would eventually find a true passion for songwriting while attending the University of Houston and began his pursuit as a recording artist with a group of friends he had been pledging Kappa Alpha Psi with. They found local success and performed in several showcases and festivals through America. After a few mixtape releases Marc would later begin to create his own sound outside of the group and continued his career as a solo artist. He'd release multiple singles and mixtapes including his first mixtape available online for streaming "Keep Up The Good Work" and then move to Los Angeles. While in the city of angels Marc would take filmmaking and acting classes and find work around the camera and begin a career in acting and filmmaking. He continues to grow his online presence with consistently releasing new videos and singles on all streaming platforms. His latest EP "No Love Lost" is currently available and is currently exceeding a quarter million streams. -MarcHaize.com