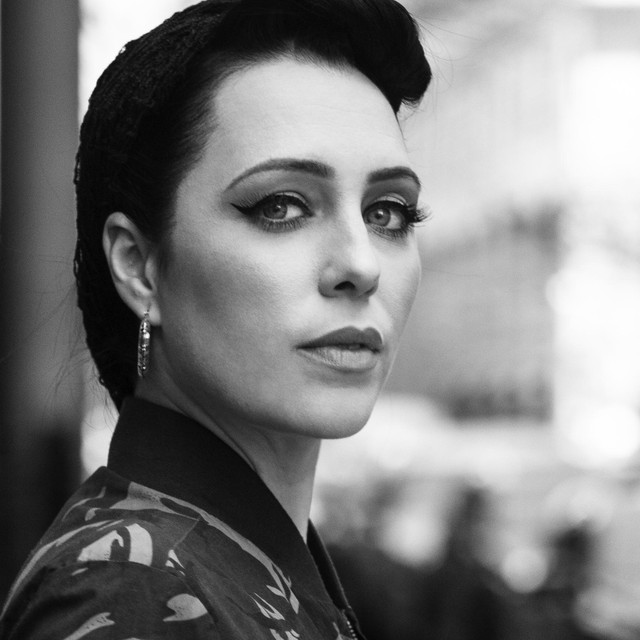 Cherie Rain (Karine Catenacci) is a singer/songwriter, multi-genre composer, residing in NYC. Her debut instrumental album "Heavy Mellow" is a medley of moody & catchy, original piano melodies. Her beautiful, often dark, but very relatable music reflects her own life experiences. She worked with many notable bands and artists through the years. Pianist/keyboardist/back vocalist for Eye Ra Haze. who released their EP “Quiet Storm” in 2013 with famed punk/metal producer/engineer Zeuss ( Rob Zombie, Hatebreed, Agnostic Front). The band later splintered off into experimental progressive metal band Meridiem. 2018, she sang a reggae outro for the Madball album "For The Cause."

She joined the Lordz Of Brooklyn on keyboard for their live performance at the Vans Warped Tour and ended 2018 opening for Necro, ILL Bill, Mr.Hyde and Danny Diablo at the Kingsland in Brooklyn. She played a piano medley paying tribute to some of Necro's most famous songs. The studio version “Necro Salute” can be found on “Heavy Mellow” The album was composed & recorded in 2019 while pregnant with daughter Angelina. Her New Solo Album "THE SUM OF ALL FEARS" was released 1/29/21. Cherie Rain is Married to fellow Independent artist, Underground Hiphop legend Mr.Hyde. The couple is currently set to release their