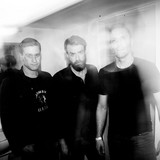 200.000 naglbítar is a three-piece Icelandic rock band, formed in 1993 when the members where all still in middle school. Their first release was in the year 1997 on a collective album for upcoming artist. The song Hæð í húsi was an instant hit and topped charts around the country. Their debut album Neondýrin (Neon Animals) was a hit in 1998 and was nominated to 6 Icelandic music awards, their second album Vögguvísur Fyrir Skuggaprins (Lullabies for a Shadow Prince) released late year 2000, has been listed as one of the top 100 albums of all time in Iceland, and their third album Hjartagull (Heart Gold) was a hit with single Láttu Mig Vera leading the way. In 2008, the band released an album with 10 previously released songs now arranged for a Rock band and a Marching band. 200.000 naglbítar and Lúðrasveit Verkalýðsins (Marching band of the Working Class). Two songs went to the top of the charts in Iceland. 200.000 naglbítar have been popular in the Icelandic music scene for many years and are currently working on a new album. The first single from the upcoming album got great radio coverage and peaked at no.2 on the National Radio Chart. The band is known for melodic rock with vocal harmonies and unique lyrics that are really stories that connect in one way or another. Band members: Vilhelm Anton Jónsson: Lead singer and guitar Kári Jónsson: Bass and vocals Benedikt Brynleifsson: Drums