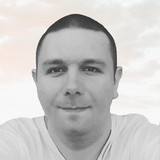 ABOUT Starmist: Sturla T Sivertsen, also known in the music and DJ scene as Starmist, is a 1985-born Norwegian professional music producer and DJ with 20 years of experience in music production, and over 10 years experience in professional DJ'ing. He hails out of Kristiansund, Norway, a city on the west coast, consisting of 3 island areas. Just a normal kid blessed with talents in music theory through his heritage from family, picking up the pace in the music world and now owner of two small worldwide record labels, and proud contibutor to the music scene. He is right where he belongs. SUCCESS: Starmist has had a large and steady following in many countries throughout the years, but the biggest fanbases are based in the United States, Norway, the South Americas, Germany, and the Netherlands. Starmist has had many successful releases on different labels around the world. And of course more are in the making, as he isn't planning on stopping yet. He is maybe mostly known for his tracks "Fly With You" and "Baby Bae," as well as the more recent tracks "Amateur Luv" and "Let Me Love U." As a seasoned remixer, he has also made popular official remixes for other artists.