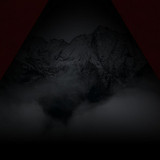 Combining the energy of traditional heavy metal, hard rock, melodic hooks and complex arrangements since 2003, Exlibris stands for rocking guitars, distinct rhythms, epic orchestrations and powerful lead vocals. Exlibris are known as one of the most hardworking bands in the Polish metal scene with "Innertia" being their fourth full-length release in barely over four years – beginning with the release of their second album Humagination in late 2013 (album of the month according to Metal Hammer Poland) and including an exceptional live DVD "The Night of Burning". The band not only produced all the albums themselves - they also handle all the graphic designs, video editing, publicity and even do the screen printing of their t-shirts personally. After releasing two studio albums on the Metal Mind Productions label, the band decided to once again fully take matters in their own hands and release the new album independently. "Innertia" opens a new chapter in Exlibris' history, introducing new band members - Finnish singer Riku Turunen and drummer extraordinaire Grzegorz Olejnik. This new line-up expands on Exlibris' musical foundation bringing it to new levels and making them one of the best live bands in the Polish heavy metal scene.