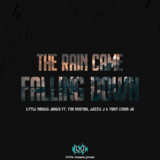 And the award for Overachiever of the Decade in the Category of Musical Expression goes to……..Little Moses Jones! Sure, James Brown was the de facto Hardest Working Entertainer in Show Biz, but he also had a few years head start on Little Moses, so we’ll just have to see how this plays out over time. At 5 years old Little Moses answered music’s calling before his feet could even touch the floor beneath a piano bench, and for the next 30 years, he’s continued his devotion to learning and perfecting as many facets of the art and the industry as possible. That’s right…before even reaching the age of 40, Little Moses has: Become a multi-instrumentalist (all saxophones, piano, tuba, drums/percussion) Built and directed dozens of highly successful dance and party bands Performed more than 1500 live concerts Produced & released an award-nominated CD (“LEGENDARY”) that hit #1 on Latin Jazz, R&B, Funk & Blues charts Managed and assisted many other artists toward their success Created and DJs a radio show (LMSS Radio) Overachiever? Indeed. But don’t count on Little Moses resting on past accomplishments. His second, funk and blues oriented CD (“Little Moses Jones”) featuring award-winning musicians from Gladys Knight; Earth, Wind and Fire and Dotsero and is scheduled to drop in the Spring of 2021.