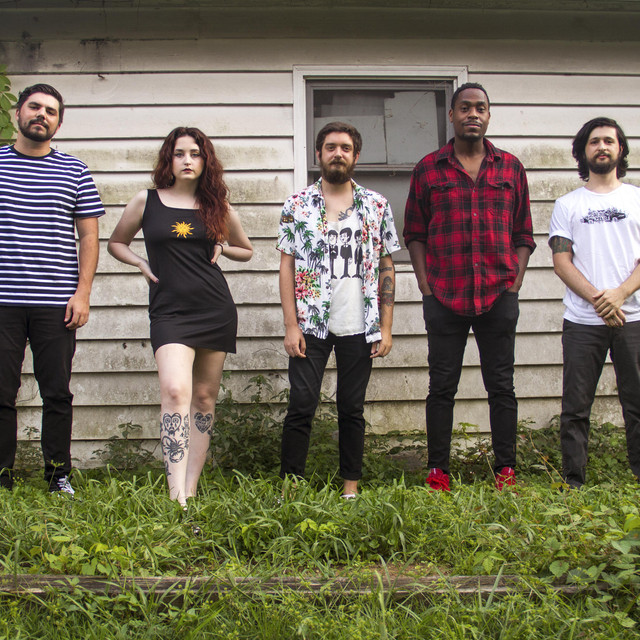 Petrov is a surging Charlotte, NC indie/pop/punk rock band that tore into the local scene with their powerful debut EP Sleep Year released by Self Aware Records in early 2019. The band is a gamut of veteran and fresh-faced Charlotte talent including guitarists Syd Little and Mike Backlund, bassist Matt McConomy, drummer Garrett Herzfeld, and vocalist Mary Grace McKusick, who soars as a first-time front-person for the band. Sleep Year remains widely-praised and garnered the band a slew of opportunities like appearances on WFAE’s award-winning podcast “Amplifier” with Joni Deutsch and a spot on NPR Music’s “Best Songs of 2019 (So Far)” list. In October of 2020 the band released their sophomore EP Flower Bed recorded with Kenny McWilliams at Archer Avenue Studio in Columbia, SC and mastered by Dave Harris at Studio B in Charlotte. On Flower Bed, released via Charlotte label Self Aware Records, McKusick effortlessly twists Petrov’s sparkling melodies and boiling energy around her fists like a wild, snaking mic cord. Over careening guitars and punchy drums, McKusick belts out thoughtful lyrics that cover everything from fears of being alone, to practicing self-love and acceptance, to calling out those who protect abusers and actively diminish the gravity of sexual assault. The EP has a sense of laying past growing pains to rest and planting new hopes and ideas in a loving effort to see what blooms.