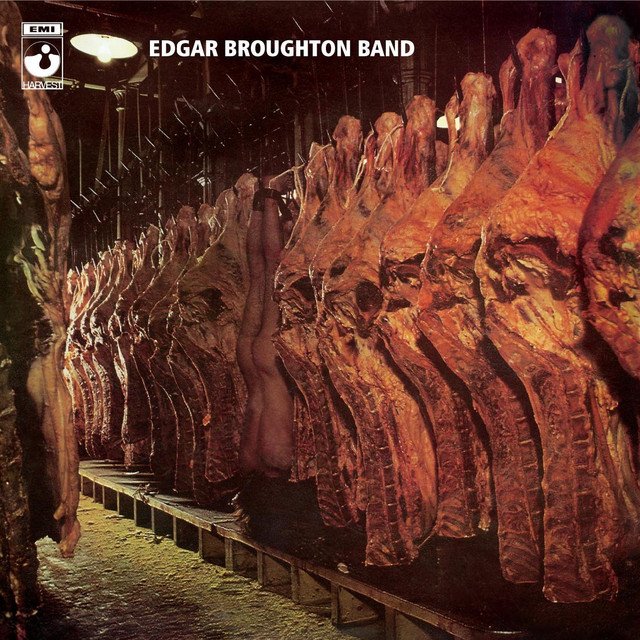 The London ‘underground’ scene welcomed the anarchic, revolutionary and irreverent Broughtons into an active fraternity during the early days of 1969. The band comprised Edgar Broughton (b. 24 October 1947, Warwick, Warwickshire, England; guitar/vocals), Steve Broughton (b. 20 May 1950, Warwick, Warwickshire, England; drums/vocals) and Arthur Grant (bass, guitar, vocals). Edgar’s growling voice was similar to that of Captain Beefheart and they regularly featured his ‘Dropout Boogie’ in their act. Following their arrival in London they played at a number of small club gigs arranged by Blackhill Enterprises. They were given a wider audience by playing at the famous Blind Faith free concert in Hyde Park in June 1969, where the Broughtons incited the crowd to a frenzy with an exhaustive rendition of the favourite, ‘Out Demons Out’. The band expanded to a four piece for their self-titled third album, employing ex-Pretty Things guitarist Victor Unitt. Despite the exposure that BBC disc jockey John Peel gave the band on his pioneering UK radio show Top Gear, the political and sexual themes of their songs had dated by the early 70s, although the band soldiered on for a number of years, maintaining a defiant political stance that gained acceptance with a loyal core of British and German rock fans. Unitt had left by the time the band recorded Bandages for the NEMS label in 1975. Prevented from recording by managerial problems, the band made a low-key return in 1979 now billed simply as the Broughtons. During subsequent decades, the Broughtons could still be found performing as part of late 60s revival shows and on the London pub circuit.