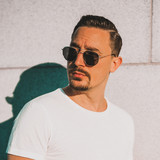 Costa Leon is a producer, songwriter and DJ hailing from Sweden. He’s known for writing and co-producing Swedish hits such as ”Shuffla” which received a double platinum certification from Warner Music and went No.1 for several weeks on the Swedish top charts. Another track co-written by him called ”From Now On” topped the Japanese Billboard chart. Costa’s first single ”On Replay” with Hardwell's Gemstone Records gained support from various DJ's including Hardwell, Thomas Gold and more. Costa returned to Gemstone Records with a huge modern tech house banger in 2020. Featuring creative vocal phrases, infectious bass lines, and rumbling leads, this track is a guaranteed ride into house heaven. Starring gated synth leads, a fun spoken-word breakdown, and groovy bass rhythms, 'Snatch It' is undeniably a head bopper. Adding to its non-stop energy, percussive hits and triumphant brass stabs are also sprinkled throughout the record. 'Snatch It' marks the second single from Swedish producer Costa Leon on Gemstone. Leon previously released 'On Replay' which recently hit over 1.300.000 plays on Spotify. So far has "Snatch It" gained support from the biggest names in the industry like Hardwell, Blasterjaxx, Afrojack, Nicky Romero, Dannic, Mike Williams to name a few. In 2021, Costa signed with Ultra Music & released "Put Your Head On My Shoulder" featuring Laurell. Following up in May the same year with an independent release, a cover of "Here Without You" by 3 Doors Down.