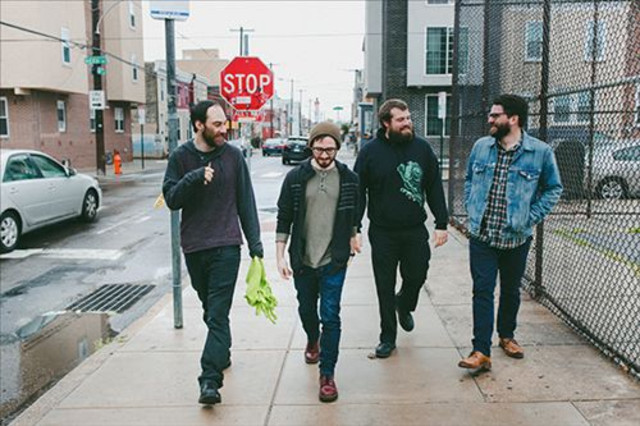 Captain We're Sinking formed in 2006 in the healthy punk-pop scene in Scranton, Pennsylvania. Keen to be a part of their local musical landscape, they decided to form a group. Bob Barnett took up vocal and guitar duties, as did Leo Vergnetti, and Zach Charette played bass. Mike May and Roberto Acosta both played drums in the band for a while until Bill Orender took up the post. They had an immediate connection to the Scranton music scene as Barnett's brother Greg was a member of fellow local band the Menzingers, and the quartet released their debut record The Animals Are Out in 2007. Barnett explained that their music was influenced by bands that were their contemporaries, name checking Against Me!, RX Bandits, and the Lawrence Arms alongside Star Wars, black coffee, and comics. It would take the band six years to deliver a follow-up, but they did put out a number of split singles and EPs in the meantime, including It's a Trap and Timeshares/Captain We're Sinking. In 2013 the band released The Future Is Cancelled, which drew positive comparisons to the Menzingers. In the years following that record they kept themselves busy with live shows, which included the Menzingers' annual NEPA Holiday show, and Barnett released his debut solo record, Live from the Star & Garter, after he toured the U.K. with his brother Greg in 2016. But various side projects didn't detract from Captain We're Sinking, and the ten-track album King of No Man appeared in 2017. The record was preceded by lead single "Trying Year." ~ Bekki Bemrose