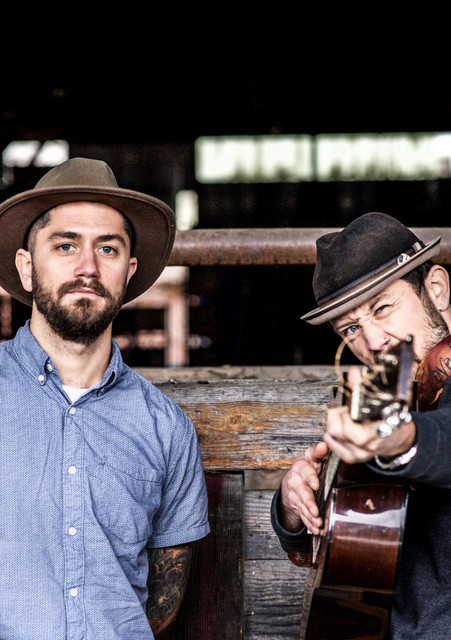 With their comedic brotherly banter, impeccable harmonic expression, and widely varying influences, a Brothers Reed performance will have you reflecting on lost lives and lovers, laughing hysterically and leaving completely entertained. The duo incorporates harmonica, percussion, and upright bass into their live performances, soothing your soul with songs that are familiar yet original. Whether they are finger picking their way through a lamentable ballad or bringing you around full-speed with a barn-burning bluegrass number, The Brothers Reed are masters of their craft. Through an exhaustive tour schedule that includes nearly 300 shows per year, the Brothers Reed have quickly risen to regional renown and tour extensively throughout the U.S. With three studio albums released (Sick As Folk, 2015; Monster In My Head, 2016; Three, 2018) a full band live release (Live at the Buckhunters Ball: Callahan, CA, 2017), and the latest "Caught in a Dream" 2019, The Bros show no signs of slowing down anytime soon. Find tour dates, music, merchandise, and videos, at www.thebrothersreed.com.