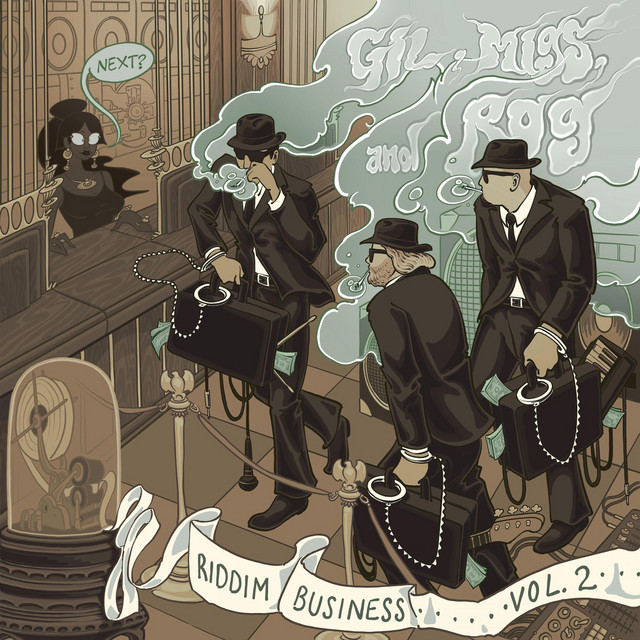 Gil, Migs and Rog are a Los Angeles based dub band. The band’s primary focus is creating modern ‘riddims’ with an early eighties Jamaican flavor. Rather than have a typical dub remix of a song, the band prefers to solo over the riddim in a fashion similar to Augustus Pablo, Jackie Mitto or Ernest Ranglin. After the songs are released to the public, singers are invited to voice a vocal version over the riddim and create a whole new song. The most notable example being Slightly Stoopid's "If You Want It (feat. Alborosie)” which is a reworking of Gil, Migs and Rog’s "Midnite Rock". 2021 is set to be a fruitful year for the group. Gil, Migs and Rog formed an imprint record label “Second Sight Sound System” and in a joint venture with “Controlled Substance Sound Labs” will release music ALL year long. The first single to be released this year is “Broken Hearts Club” sung by Sonny Sandoval of the San Diego based band P.O.D. Sonny’s version of Gil, Migs and Rog’s track, which was originally titled “Thai Food” from the 2020 Album Riddim Business Vol. 1, will be released January 29, 2021, followed by “Fortune Cookie” in February. “Fortune Cookie” was recorded by Mario Caldato Jr. and features some of the members of the group Fortunate Youth. Gil, Migs and Rog will release their sophomore album Riddim Business Vol. 2 in Spring 2021, as well as many other collaborations with singers already in production.