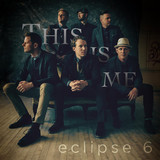 Formed in 2001, the six members of Eclipse 6 met while performing in an ambassador group at Utah State University. They began by arranging their own vocal covers of popular songs and performing them around campus. Increasing public interest and additional performance opportunities led to the recording of their first album, “Once,” which was released in April 2001. Eclipse 6 launched onto the national stage in 2002 after being featured in the opening and closing ceremonies of the Winter Olympics. This led to other opportunities, including being featured in the Closing Ceremonies and a series of appearances at the Medals Plaza opening for such acts as Brooks & Dunn, Nelly Furtado, and Train. Over the past 17 years they've released 8 full length albums, toured the United States and Asia and continue to perform. Members of Eclipse 6 are: Dan Kartchner, Paul Hansen, Kevin Jones, Shayne Taylor, Jake Despain and James Case.