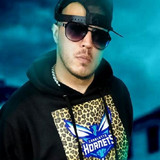 King Killumbia is a recording artist from Carolina. He is signed to Head Hunter Records a sub under Def Jam. He is the founder and trademark owner of "Killumbia" and is known for his high energy songs and his frequent work with Lil Ru, Pastor Troy, Project Pat, Lil Wyte, Bizarre of D12 and La Chat. King Killumbia begin rapping in 1998, making several cassettes tapes and mixtapes throughout the years. In 2014 he signed to Lil Ru's label Presidential Music, formed under Island Def Jam. He released his debut album "Problems" in early 2015. Which featured award nominated hit singles Killumbia and Spazzmatic. Lil Ru and Natalac (BET) were the only notable guest features on the album. After the success of Killumbia many people began to try to use the name. He was forced to trademark the word. In 2016 He released follow up album "Welcome to Killumbia". The album features singles: Money Up, Flossin, I'll Fuck Ya Bitch and Lil Wyte. The album received radio play and was nominated several times. Lil Ru, Pastor Troy, Lil Wyte and Lil Chuckee (YMCMB) were the only notable features. In early 2017 he appeared on Kings and Queens of Hip-Hop Tour with Lil Ru, alongside DMX, Ja Rule, Lil Ru, Khia, Juvenile and the Ying Yang Twins. Currently he is working on his third studio album self entitled "King Killumbia". In an interview he confirmed Pastor Troy, Lil Ru, Project Pat, Murphy Lee, Lil Wyte, La Chat, Bone Crusher, Bubba SparxxX, Bizarre (D12) and more would appear on the record.