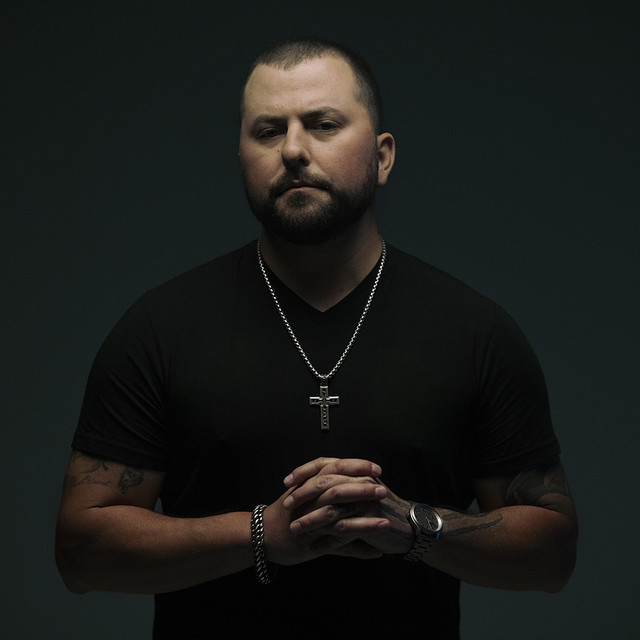 Country singer and songwriter Tyler Farr was born and raised in Garden City, Missouri. He had an early exposure to country music, thanks in no small part to the fact that his father played lead guitar in country icon George Jones' touring band, and he even accompanied his father for a summer on the road at the age of 16. The die was set, and when he was old enough, Farr moved to Nashville to try getting his own career going as an artist. He took a job as a bouncer at the legendary Tootsie's Orchid Lounge, eventually convincing the management to let him sing, and he continued to sing there four nights a week while still working security for several years. Farr's break came when Rhett Akins took an interest in Farr's songs and singing, and he ended up landing a publishing deal with Sony ATV/Monument Publishing, which in turn led him to a recording deal with Sony Music Nashville's BNA Records. A four-song digital EP, Camouflage, was released in 2010, with a pair of singles, "Hot Mess" and "Hello Goodbye," following in 2012, and another, "Redneck Crazy," in 2013. "Redneck Crazy" became the hit, reaching number two on Billboard's country charts and earning a platinum certification and, in the process, turning Farr into a star. Released in the fall of 2013, the album of the same name performed well, debuting at five on the Billboard Top 200 and spawning another hit in "Whiskey in My Water." Farr delivered his follow-up quickly, releasing its first single, "A Guy Walks Into a Bar," in the fall of 2014, and then the full-length Suffer in Peace in April 2015. The LP spawned two hit singles in "Withdrawals" and "Better in Boots." Farr released the Seth Ennis co-written "Our Town" in 2016 but it went no further than 53 on Billboard's Country Airplay chart. The next two years found Farr releasing a single a year -- "I Should Go to Church Sometime" in 2017 and "Love by the Moon" in 2018 -- but neither became Top 40 Country Airplay hits. In their wake, he split from Sony Music Nashville. He signed with Broken Bow in 2019, releasing the single "Only Truck in Town" the following year. ~ Steve Leggett, Rovi