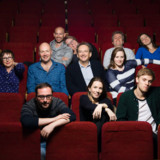 'The rock stars of Renaissance vocal music' New York Times 'one of the UK's greatest cultural exports' BBC Radio 3 The Tallis Scholars were founded in 1973 by their director, Peter Phillips. Through their recordings and over 2,300 concerts, they have established themselves throughout the world as the leading performers of Renaissance sacred music. Peter Phillips has worked with the ensemble to create, through good tuning and blend, the purity and clarity of sound which he feels best serve the Renaissance repertoire, allowing every detail of the musical lines to be heard. It is the resulting beauty of sound for which The Tallis Scholars have become so widely renowned.

Much of The Tallis Scholars' reputation for their pioneering work has come from their association with Gimell Records, set up by Peter Phillips and producer Steve Smith. The first Gimell recording was made in March 1980 featuring Allegri's Miserere, Mundy's Vox patris caelestis and Palestrina's Missa Papae Marcelli. It was recently described by BBC Music Magazine as one of the 50 Greatest Recordings of all time. Recordings by The Tallis Scholars have attracted many awards throughout the world. In 1987 their recording of Josquin's Missa La sol fa re mi and Missa Pange lingua received the Gramophone magazine Record of the Year award, the first recording of early music ever to win this coveted award. In 2021 their recording of Josquin's Hercules Mass won the BBC Music Magazine Recording of the Year Award.