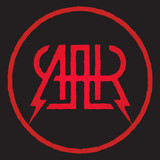 Vocalist/bassist Tyson Ritter and guitarist Nick Wheeler both hail from Stillwater, Oklahoma, where the pair first embraced music as an appealing diversion from the ho-hum life of small-town America. Citing such influences as AC/DC, Def Leppard, and Bon Jovi, they formed the emo-pop group All-American Rejects in 2000, while both members were still in high school. Maintaining a full lineup proved to be difficult, however, so Ritter and Wheeler employed drum loops and pre-programmed rhythm tracks during their early performances, an arrangement they then reprised on their self-titled debut. Originally released on the Doghouse label in October 2002, the poppy record was later reissued to a national audience by Dreamworks. The band scored a hit with the effervescent single "Swing, Swing," which attracted attention from Interscope Records and ultimately landed the All-American Rejects on the label's prized roster. Move Along, the band's sophomore album (and first for Interscope), was released in July 2005; it also marked the official debut of Mike Kennerty (guitar) and Chris Gaylor (drums), both of whom had joined the band in 2002 after the completion of the Rejects' eponymous debut. Like its predecessor, Move Along went platinum, with three singles ("Dirty Little Secret," "Move Along," and "It Ends Tonight") enjoying chart success in the U.S. and abroad. Recording sessions for a third album commenced in mid-2007 and ran through the following year, causing the All-American Rejects to cancel their scheduled Warped Tour performances (as well as a string of shows with Simple Plan). When the World Comes Down ultimately arrived in December 2008, preceded by the single "Gives You Hell." The group hit the road in support of the album, but they were forced to cut their tour short in 2009 when Ritter was confined to a wheelchair after getting knee surgery. The band got back to writing the following year, working with producer Greg Wells on their fourth album, Kids in the Street, which arrived in 2012. Kids peaked in the Top 20 of the Billboard 200 and became the group's highest-selling U.K. album to date. A remix EP and a Ritter solo single were released the next year, before the All-American Rejects returned to the studio in 2014 to record their next album. While they issued "There's a Place" for the film Miss You Already in 2015, they would not return until 2017 with the release of the single "Sweat" b/w "Close Your Eyes." Another couple years would pass until they returned in 2019 with the short release Send Her to Heaven. Just three songs long, the EP featured the Pixies-indebted title track, as well as "Gen Why? (DGAF)" and "Demons." ~ Andrew Leahey