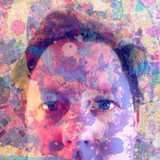 Hudson Bell started playing guitar at the age of thirteen. At fifteen, using numerous cassette players, he made his first tape, The King's Dreams. Since then, he has released nine other albums--one technically a compilation, and the last being Yerba Buena, released in 2016. Taking all of his work up to this point into consideration, Trouser Press wrote that Bell's catalog "varies in style and achievement but has maintained an upward arc that has reached great heights."