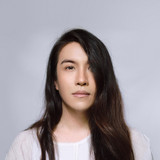 songs and hit singles are written and co-produced by SIN himself. After disbanded he continued as a solo artist and also performed as a featured artist on many hit singles of renowned Thai and international artists (Depapepe / Rachael Yamagata / Lula and more).