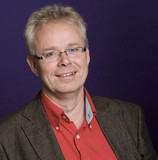 Euwe de Jong (1956) This Dutch organist studied organ at the Municipal Conservatory in Groningen. In 1982 he completed his postgraduate degree and, in 1985, his theory degree. Euwe de Jong now teaches music theory at the Utrecht Conservatory (Netherlands). He is also active as a composer and arranger.   DeJongDeJong   Since 2006, the Dutch brothers Euwe De Jong and Sybolt De Jong have become well-known for their arrangements of cantata movements by J.S. Bach for organ duet. With their combined music making on historic organs, the DeJongDeJong duo have turned the great Bach’s music inside out! Their CD series (now comprising eight volumes) was awarded a ‘10’ by Dutch music magazine ‘Luister’ in 2015; the highest possible mark. Since 2010, the De Jong brothers have also performed on a variety of harmoniums. For more information, please visit www.dejongdejong.nl