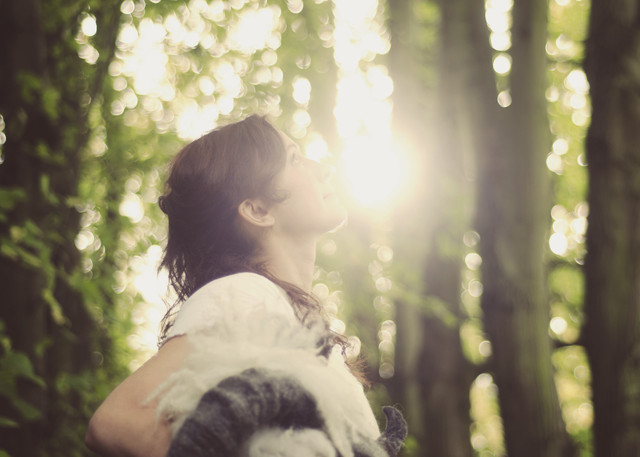 Trading in the complex electronics of her previous project Lamb for simple folk, singer Lou Rhodes continued on her own after the breakup of Lamb in 2004. Around the same time, her relationship with the father of her children deteriorated and Rhodes ended up leaving London for Ridge Farm, a commune in Surrey, England, where she rejected a typical rock lifestyle. In early 2006, she self-released her debut solo record, Beloved One, which was nominated for the Mercury Prize, but lost out to Sheffield-based indie rockers Arctic Monkeys. Her second album, Bloom, arrived in 2007, to generally positive reviews. Released on the A&G imprint, it featured the single "The Rain," and coincided with a promotional tour, which began later in the same year. 2009 saw the reunion of Lamb, who went back on the road, during which time Rhodes simultaneously began writing and recording her third solo effort, One Good Thing, which landed in early 2010. The album was co-produced by her Lamb bandmate Andy Barlow, and was the first recorded collaboration between the pair since 2004. Her fourth solo effort, entitled Theyesandeye, arrived in 2016. Recorded in a friend's studio in rural Wiltshire, the record was co-produced by Simon Byrt, who also played piano, bass, guitar, and synths on the recording. ~ Kenyon Hopkin, Rovi