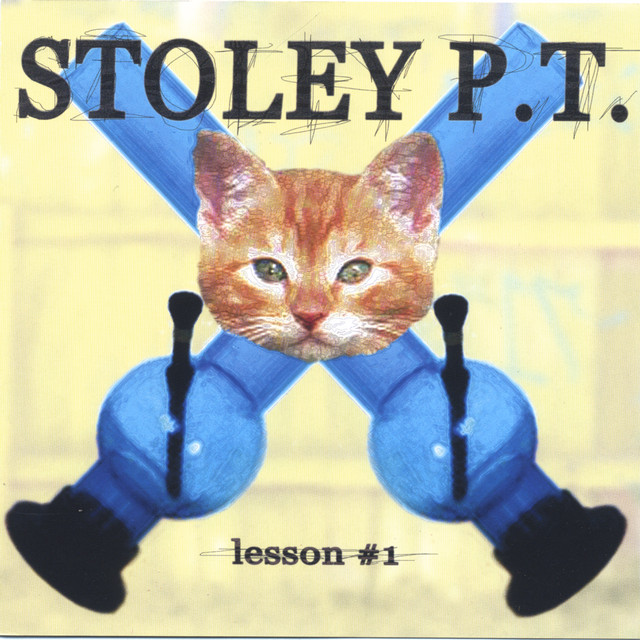 Stoley, the frontman and guitarist of Stoley P.T. (which stands for Power Trio), originally started the band as a solo project when he was living in New York after his old band, the Chicago-based Lupins, broke up. Working as an actor on Late Night with Conan O'Brien, Stoley spent his free time writing songs and performing them around the city. Drummer Rob Draghi was in attendance at one of his shows and approached Stoley afterward about playing with him. Stoley agreed, and soon the duo had added bassist/producer Mark Turrigiano to complete the band. After touring the East Coast, the group recorded Lesson #1, after which Turrigiano left to concentrate on his producing career. Stoley P.T. soon found a new bassist, Janine Yoong, and the band began searching for a label to distribute their album, finally ending up with the Portland, OR-based In Music We Trust, which released Lesson #1 in 2006. ~ Marisa Brown, Rovi