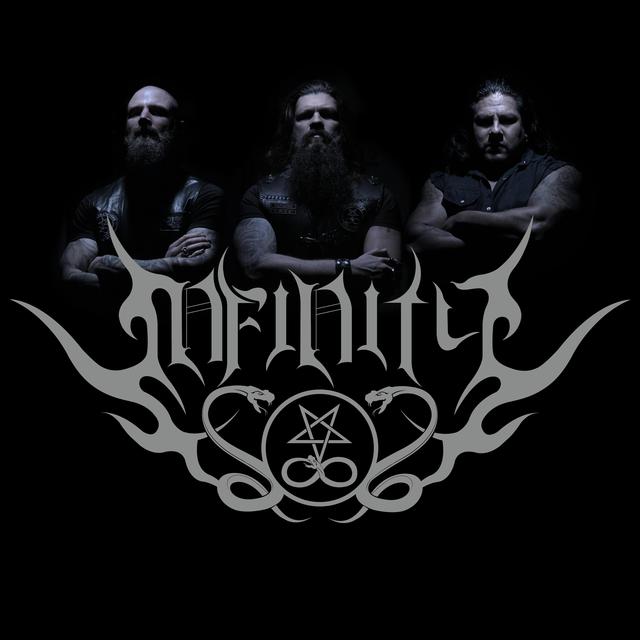 Infinity is a Dutch Black Metal band hailing from the Rotterdam area and was formed in 1995. The musical style is Occult Black Metal, combined with aggressive, melodic, melancholic and thrash metal elements. Influenced by the old work of Mayhem, Immortal, Marduk, Dark Funeral and Dissection, their sound is often described by critics as intense Black Metal with a nostalgic Scandinavian-like atmosphere, which reminds of the mid ‘90s. The band name and symbolism of the logo represents: “The Limitless Black Light of Lucifer”, symbolized by a self-created sigil of two combined ancient symbols: A pentagram, integrated in a lemniscate of The Serpent eating its own tail. Over time Infinity released one demo, six studio albums and a compilation album with re-recordings and cover songs. Infinity performed live rituals in European countries like The Netherlands, Belgium, Germany, Austria, France, Spain, Italy but also in Belarus / White Russia in 2015 and shared the stage with great bands like Watain, Mayhem, Inquisition, Dark Funeral, Shining, Absu, 1349 and many more... Destroy the Mental Prison!