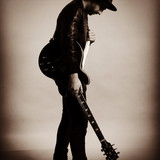 Hailing from London, Reckless Jacks is a solo music project on the cusp of making huge waves in the local music scene. Over time, he managed to solidify his reputation as an exciting act with a unique background. Matt, the main songwriter behind the project, is a true citizen of the world. He was born in San Francisco, California, but spent his teenage years in Paris. Today, he is based in the United Kingdom, where he is pursuing his music. Originally conceived as a band with the help of producers Jim Lowe (Stereophonics) & Julian Kindred (Elie Goulding), Reckless Jacks evolved into Matt’s solo project through the years. Working now in collaboration with pop/ electronic producer Bob Matthews (Alpines), the sound of Reckless Jacks’ songs is modern and unflinching. One of the most distinctive elements of the project is Matt’s raw and emotional vocal style. His tone is upfront and unapologetic, bringing so much energy to the mix. However, he is never compromising in terms of emotional intensity and integrity. From the unique mix of great lyrics and engaging grooves, down to the immediacy of the hooks, Matt knows where he wants to go with his music. Ready for the new solo adventure, but still rooted in the legacy of the project’s past as a band, Reckless Jacks is all about releasing quality music. Matt hopes to keep inspiring people and connect with the audience on a deeper level.