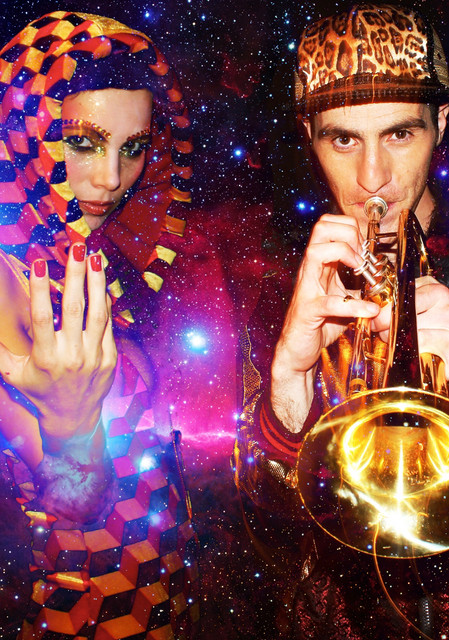 Sam And The Womp

Featuring Sam And The Womp

MULTI-PLATINUM selling and NUMBER ONE UK band ‘Sam & The Womp’ are NOW eagerly preparing NEW music with FRESH collaborators to bring their vibrant BRASS and BEATS sound to Festival stages around the WORLD.   Fronted by award winning trumpeter ‘Sam Ritchie’ and Dutch songstress ‘Bloom de Wilde’, ‘Sam & The Womp’ draw on their eclectic heritage, breaking free of convention, prioritizing the party and creating a cultural explosion.   Since international chart success ‘Sam and the Womp’ have enjoyed performing at GLASTONBURY FESTIVAL and WEMBLEY ARENA, touring Australia and sharing the bill with DIZZEE RASCAL, MIA, MARK RONSON, RUDIMENTAL, DISCLOSURE and BASEMENT JAXX.   The band have recently hit UK PLATINUM and TRIPLE-PLATINUM in Australia with their 2012 NUMBER ONE DANCE Phenomenon “BOM BOM.”   “The creation process is spontaneous, its about capturing a thought, flowing with that and gathering a real sense of joy.” (Sam Ritchie)   ‘Sam and the Womp’ are excited to be releasing NEW MUSIC and performing in front of REAL-LIFE audiences once again with what promises to be an explosive new live show, looking ahead to the celebration of the 10 YEAR ANNIVERSARY of their first release.