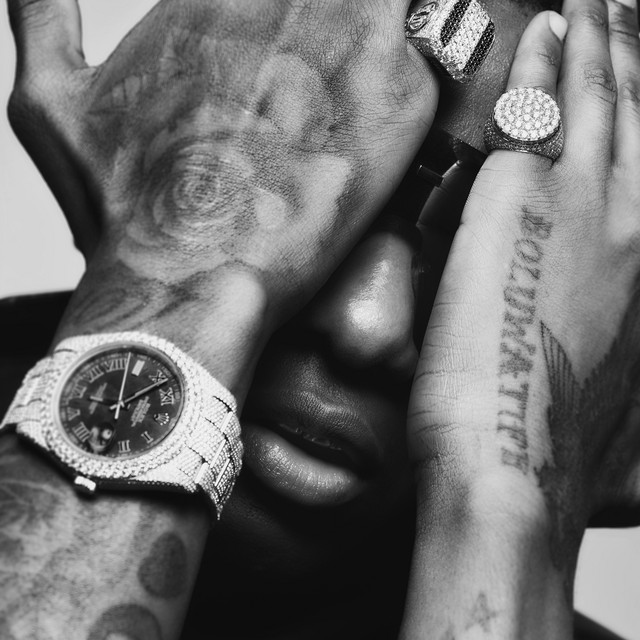 Singer/songwriter Ayodeji Ibrahim Balogun (aka Wizkid) is one of Nigeria's biggest R&B crossover acts, having worked with Drake, Skepta, and Chris Brown, among others. He first found regional success in 2011 with the massively popular single "Holla at Your Boy," which appeared on his debut album, Superstar. Wizkid went global in 2016 after his collaboration with Drake, "One Dance," soared to number one in 15 countries, resulting in a multi-album deal with RCA, which issued his Caribbean-influenced major-label debut, Sounds from the Other Side, in 2017. Balogun began his career in music when he was just 11 years old. His first record, Lil Prinz, was recorded in 2001 in collaboration with Glorious Five, a group consisting of Balogun and his friends from church. In 2006, he started pursuing music full-time, at first collaborating with various Nigerian pop acts including OJB Jezreel, Naeto C, and Banky W. By 2011, he was ready to record his debut studio album as a solo artist; Superstar was released by Empire Mates Entertainment (EME for short) to great critical and public acclaim across Africa, propelling Wizkid to stardom in his home country. After multiple delays and label disagreements, he released his sophomore studio album, Ayo, in 2014. The record featured a multitude of guest appearances, including a spot from Femi Kuti. It also featured Balogun's global breakthrough track "Ojuelegba." Not only did the single cement his status as one of Nigeria's biggest pop acts, it was also picked up and remixed by Drake and Skepta, thrusting Wizkid into the international spotlight. In return, he appeared on Drake's 2016 smash single "One Dance." In March 2017, Wizkid signed a major deal with RCA and Sony International, which would release his third LP, Sounds from the Other Side, later that year. A handful of singles appeared in advance of the album, including "Sweet Love" and the Drake-assisted "Come Closer." In October 2018, Wizkid issued a pair of singles, "Master Groove" and "Fever," to mark Nigeria's Independence Day. The following year, he joined Beyoncé and Saint Jhn for The Lion King: The Gift track "Brown Skin Girl" and released his own single, "Joro." The EP Soundman, Vol.1 was issued by Balogun's Starboy Entertainment imprint in 2019. Following his involvement in the successful protests to scrap Nigeria's controversial Special Anti-Robbery Squad, Wizkid's fourth album, Made in Lagos, arrived in October 2020. ~ Liam Martin, Rovi